Dupuytren’s contracture is a common hand condition. It is characterized initially by palmar nodules followed by development of fibrous cords in the palm and fingers. In many patients, the fibrous cords gradually contract resulting in finger flexion deformity. If left untreated, many fingers eventually become permanently bent, impairing such daily activities as shaking hands, wearing gloves, and placing one’s hand in a pocket. Fortunately, if treated in the mild to moderate stages of contracture, the results are usually good to excellent and frequently last many years.

What is Dupuytren’s contracture?

Dupuytren’s contracture is a benign hand condition involving fibrous tissue in the palms. In the more severe cases, it affects the back surface of the middle joints of the fingers (Garrod’s nodes), soles of the feet (Lederhosen), and the penis (Peyronie’s). It is usually painless, although early in the disease process there may be some tenderness when gripping objects strenuously. Dupuytren’s is more common in Caucasians and is thought to have originated in Northern Europe, often called “Vikings Disease”. It is also more common in men and usually starts after age 50, although more severe cases occasionally begin in the fourth or fifth decades. If there is a family history of Dupuytren’s, onset at an early age, and involvement in several locations, there is a greater likelihood of more severe contracture and greater risk of recurrence after treatment. 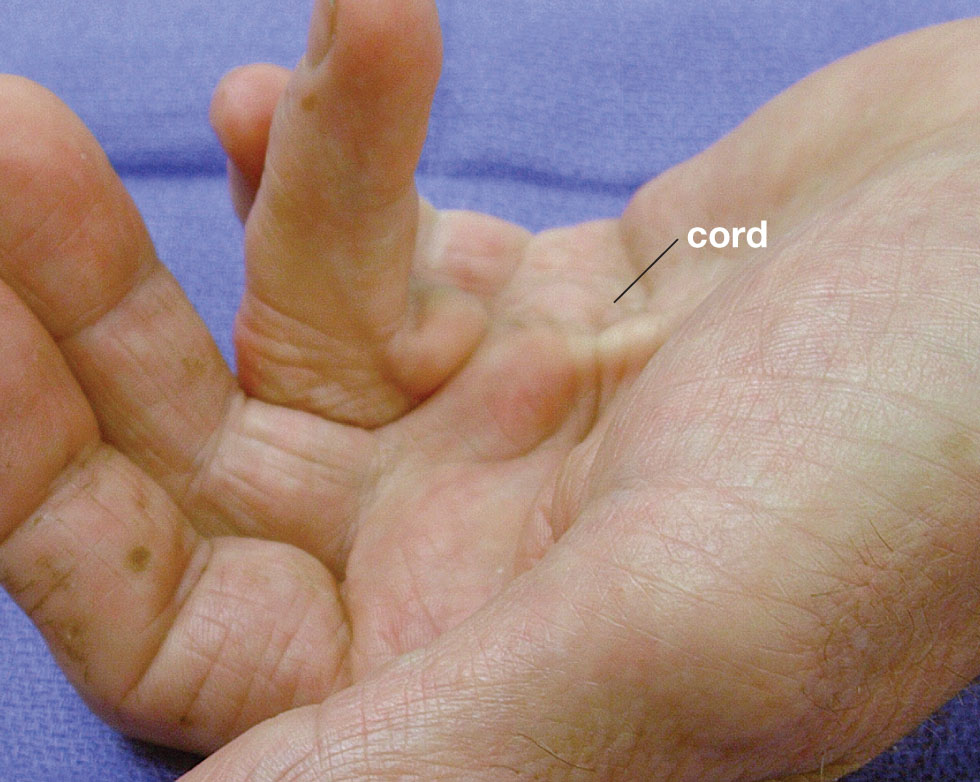 When should a hand surgeon be consulted? 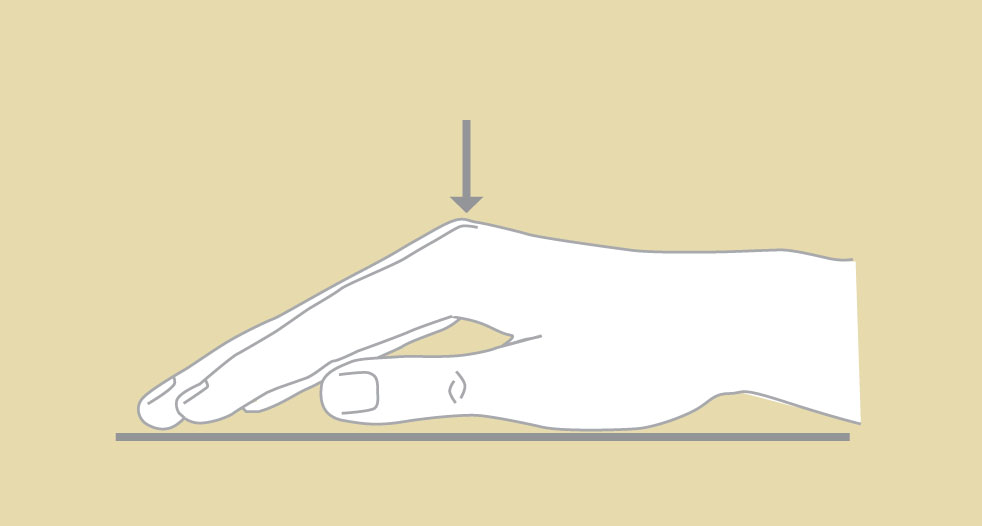 What are the treatment options?

The goal of treatment is to remove or break up the contracted cords to allow for improved finger range of motion. There is no medical or surgical cure for Dupuytren’s disease. Corticosteroid injections (“cortisone shot”) can be used to treat the tender Dupuytren’s nodules in the palm. There are three main techniques currently used to treat joint contractures in the fingers:

1.  Surgical excision (Dupuytren’s fasciectomy): This surgery is performed in the operating room under a regional block anesthetic as an outpatient. This procedure often provides good to excellent results in patients with mild to moderate joint contractures. Patients will be treated with splinting, wound care, and hand therapy for a few weeks during the recovery process after surgery.

2.  Needle aponeurotomy (percutaneous fasciotomy): In this procedure, the Dupuytren’s cord is perforated with a needle tip. This is usually an office procedure performed under local anesthesia. It is particularly useful when the primary contracture is in the palm or when a patient cannot have surgery due to medical problems. Recurrence is common with this technique, but it is a simple and inexpensive technique that can give some relief for a few years and may be repeated for recurrent contractures. Not all patients are candidates for this technique and complications include skin tears, infection, and nerve injury.

What is the recovery from surgery?

Following Dupuytren’s fasciectomy surgery, the patient is discharged home on the same day (outpatient surgery). Hand elevation is advised. A splint may be worn the first few days at which time the dressing is changed in the office and gentle finger range of motion exercises are begun. A removable splint is typically worn at night for a period of weeks and sometimes months depending on the severity of the contractures. At two weeks the sutures are removed. At that time, patients are allowed to perform most light hand activities without excessive strain. At four weeks most patients can resume full activities including sports and use of tools.

What are the complications from surgery?

As with any surgery, there is a small risk of infection and difficulty with wound healing. Most patients have some degree of swelling and stiffness requiring hand therapy with exercises to be continued at home. Occasionally, particularly in the more severe or recurrent cases, one of the digital nerves that carry sensation to the fingertips can be injured resulting in loss of sensation in the finger.

Images and video provided by American Society for Surgery of the Hand. The material provided  is intended for general information only and does not constitute medical advice. This does not replace direct evaluation by a physician.